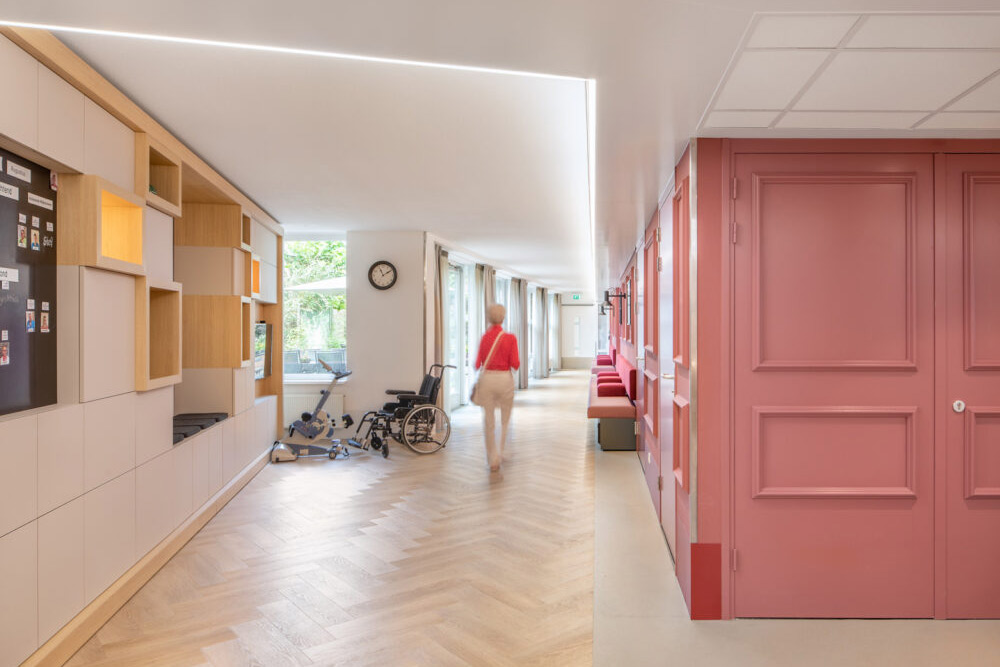 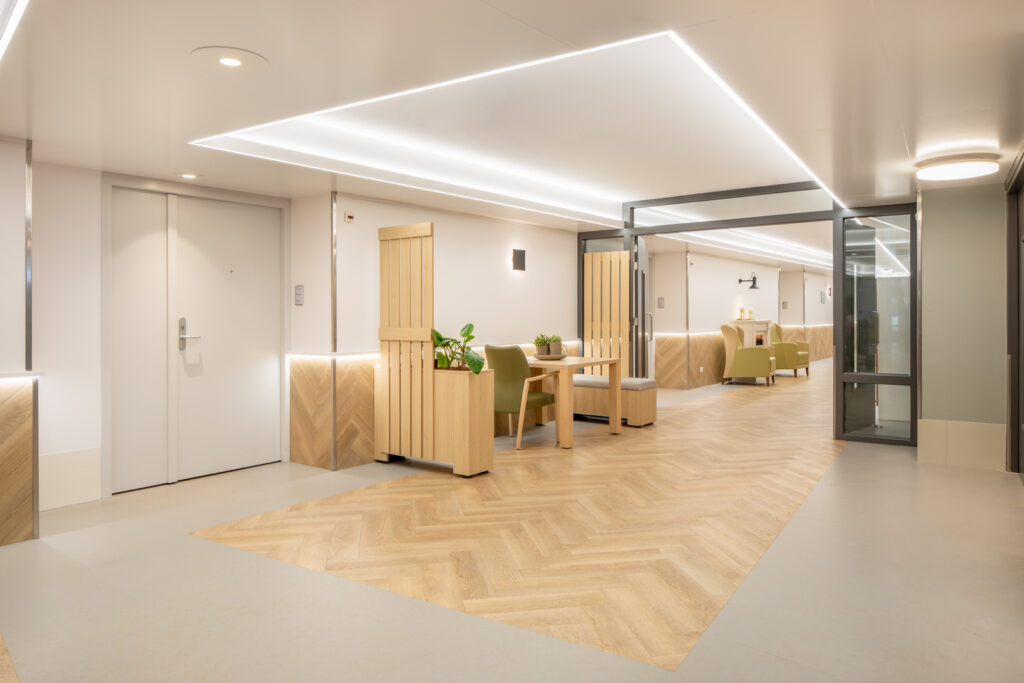 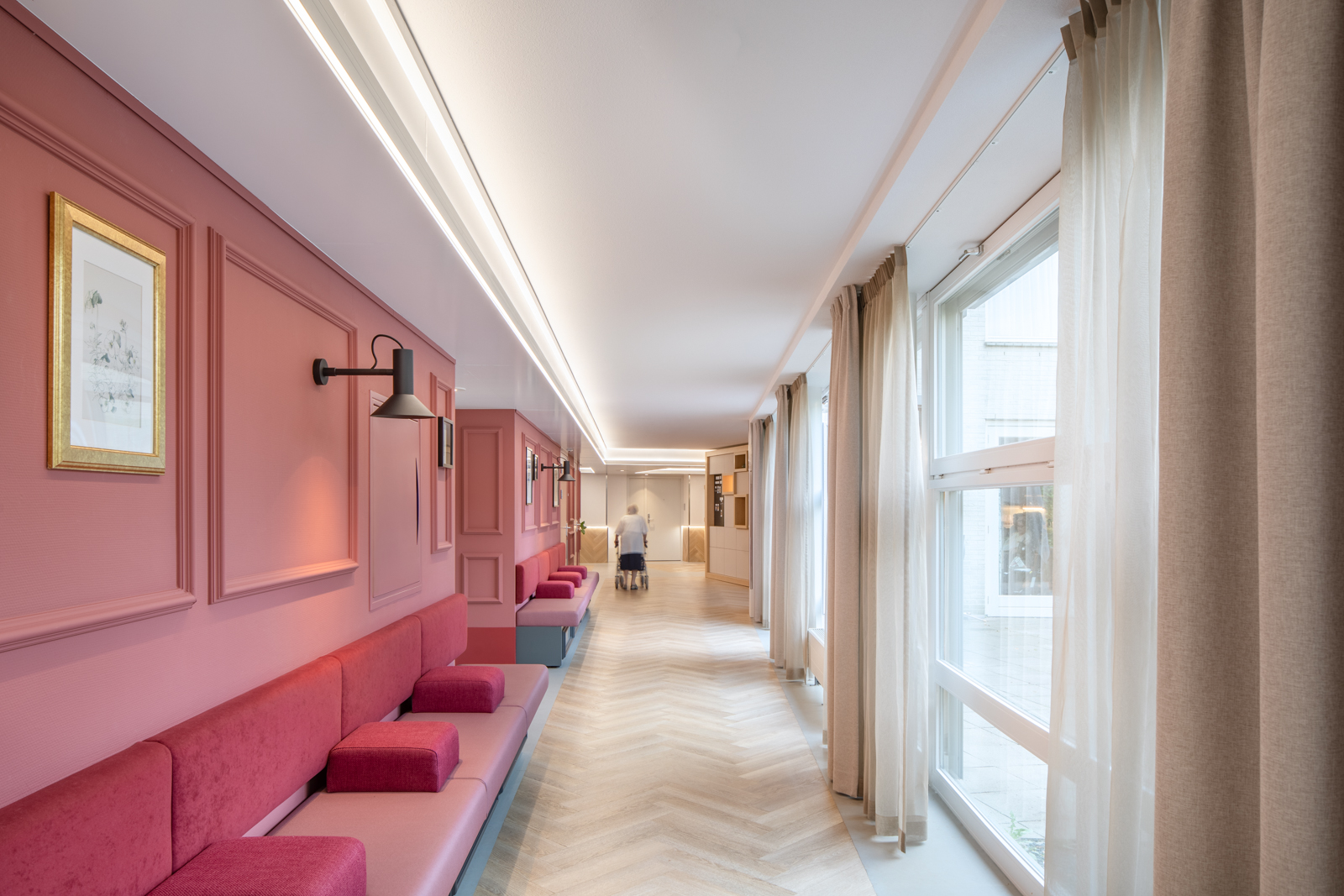 Residential care location Bunnichem in Bunnik, of the QuaRijn Foundation, houses various groups of residents in a mix of assisted living and independent living for the elderly. In the small-scale living department for elderly people with dementia 24 residents share two living rooms. These were perceived as too small, while in the corridors there was an excess of space. QuaRijn asked Studio id+ to make a design for a better use of this quality.

Pleasant accommodation in the hallways
Studio id+ developed a plan in which the corridors are an integral part of the living and thus the shared living space is increased. The corridor no longer serves only as a transit space, but is furnished with various functions as a pleasant place to stay. Of course we have retained the main function of the corridor - transition, transport and escape - and incorporated it without compromise.

Recognizability, legibility and intuitive routing
The residents of the ward benefit from a recognizable, legible and intuitive environment. After all, they cannot fall back on new memories or leads. Recognizability can be found in traditional elements, which have been translated into a contemporary form. The classic frames, the use of color, the paneling and herringbone patterns all refer to the collective memory of the past. By giving each corridor part a different look, while together they do form a whole, we ensured legibility and an intuitive way of finding your way.